Who took that picture?

In the early fifties, jazz pianist Dave Brubeck often performed at Storyville, a club located in John Brook’s Back Bay neighborhood. When Fantasy records released an album recorded there featuring Brubeck with Paul Desmond, his saxophonist, the jacket was graced with a strikingly atmospheric cover photograph.

Recently, a jazz aficionado blogged about the album (Desmond's favorite of his many recordings with Brubeck), waxing lyrical not only about the music but also about the compelling cover picture — venting frustration that its maker had not received credit:

What an expressive photograph, one that perfectly captures the dark, moody vibe of a nightclub. It also embodies the spirit of jazz as a serious, slightly mysterious art form. The black and white photography, the shadows, the way Brubeck and Desmond seem to melt away in the darkness all contribute to the overall feeling of the eerie hipness that jazz is …Yeah, I like this album cover a lot …Who took that picture? …We’ll never know. Come on, Fantasy.* 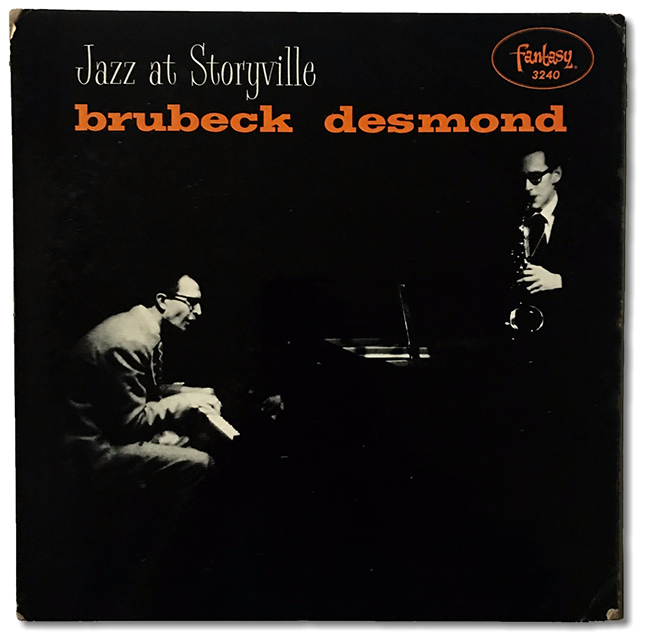