ABOUT JOHN BROOK:
Brook on Brook

By the 1960s when schools started teaching photography and museums were collecting and exhibiting photographs in earnest, Boston had a photography scene, and serious photographers didn't have to feel lonely anymore.

While the development of the Boston scene is traceable back to its origins in the opening of Brook's studio, ironically, he rarely participated in the scene's activities, avoiding most of the openings and lectures while pursuing his own eccentric path, making pictures that seemed from another time and of a dreamlike place.

Excerpts from Herwaldt's initial interview are found here and elsewhere on this site. If you want to read the complete transcription as a downloadable PDF, click here. The second, follow-up interview will be posted here soon.  Excerpts from interviews with Steve Trefonides, Bob Rogers, and Carl Siembab sharing memories of John Brook will appear soon on the Circle of Friends pages. 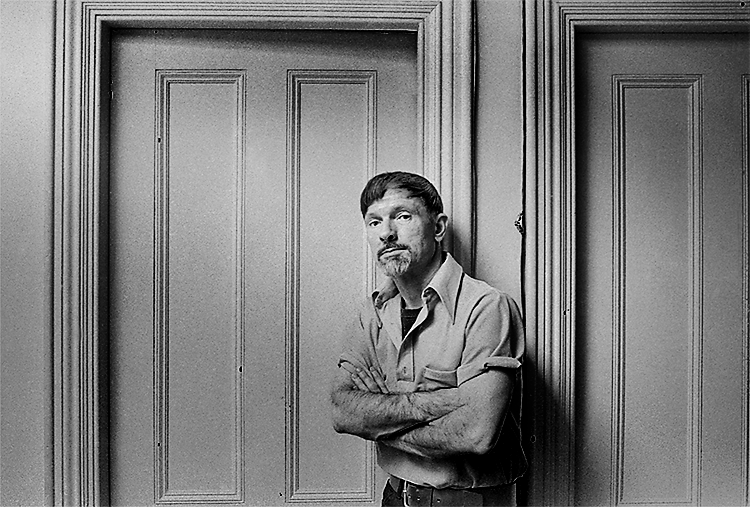 “Photography was one of my father's hobbies and that would appear to be the obvious explanation as to why I began taking pictures but my father had about a million hobbies … and he taught me as much about all these things as I was capable of absorbing. Of course, what my father showed me was the simple procedures of developing film and taking pictures; he was not an artistic influence — this was something [that] was already there inside, and the reason that it was there is that I have Neptune conjunct moon on my ascendant. I did start it as a hobby.”

“… I do not know that much about what has gone on within photography … I'm not that well informed about what is going on. At the time I started seriously processing my own pictures — I had taken pictures since I was five — but at the time I started seriously processing my work and exhibiting it, I was living in Maine and it would have been … not only in accessible in those days, which was in the middle of the thirties, but I suspect that they [are] pretty inaccessible now in a small town in Maine.”

“I started off in 1946. I was totally isolated, and there was a Bachrach and there were forty people imitating Bachrach, but I was the only photographer doing anything markedly different. And this went on for some time. And in those days the idea was very firmly entrenched that photography was just purely a commercial proposition, that it had no value as art … after all, [it] couldn't possibly be art because it is done with a machine and the machine does all of the work, so it can't be … there's no way it can be compared to, for example, a painting. These people who held that opinion, of course, were inescapable of differentiating between a good painting and a bad painting. But the something is done by hand … in quotation marks … as opposed to being done by a machine makes all the difference.”

“... the real subject of my book, of course, is the cyclic nature of life. That is the derivation of the title from James Joyce’s Finnegans Wake, which is also about the cyclic nature of life. The phrase that constitutes the title is taken from a sentence that begins at the end of the book and ends at the beginning of the book, which was a rather mechanical way, on Joyce’s part, of indicating the cyclic nature of his book. My book is essentially about the repetition of generations, but of course, this cycle is viewed in terms of love in ... the very personal and, I hope, spiritual cycle of love ...”

“And so, this is what I mean when I say I would rather have a human being respond to my pictures as a human being, as something that one human being has experienced and therefore can be experienced by another human being. And I would go so far as to say the greater degree of education that a person has, in whatever it may be, in visual or other kind of art, the less likely he is to really understand, to get the main point.  Because, after all, you know, very successful art — though it is extremely sophisticated and dreadfully complex — all of this sophistication and complexity of design and construction are worthless unless they serve a direct purpose of expression, and someone who has no knowledge of the intricacies of putting a work of art together is capable of understanding the expressive content of a work of art more profoundly than anyone who knows, you know, a great deal about how it is put together.”

“I'm not a groupie. I'm an eccentric. [laughter] … This is something else which is indicated in my chart, that I'm strictly on my own, and this has been always true … I am a member of the American Automobile Association [laughter] because they will come and start your car if the battery fails, and that is the only organization I have ever joined. Otherwise, I would like to say that I am a member of the universe. I feel strongly about my very small but nevertheless significant part in the functioning of the universe. [I am] entirely on my own, not in collaboration with other people, not part of a group, but a single individual. This is what Steve [Trefonides] means by calling me eccentric; he is probably right.”