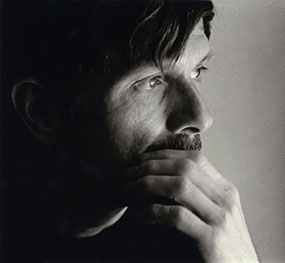 HOW THE ARCHIVE CAME TO BE

Robert Rogers, a longtime friend and patron of John’s, planted the seed for the Archive when he expressed to Thomas Adams his regret that he had been unable to convince collectors, gallery directors, and museum curators that John Brook’s photographs conveyed a profound message in their fantasies of loving relationships. Adams promised he would continue Rogers’ quest to reintroduce a once prominent photographer to the world.

In 2016, Thom invited a group of photographers, collectors, curators, and friends of John Brook to collaborate to achieve Rogers’ wish. After several years of discussions with Brook’s friends and with the collectors and institutions that owned Brook’s prints, the Team recommended that a nonprofit corporation be formed.  The founders, serving as incorporators, voted to establish the John Brook Archive, adopt its Bylaws, and elect its officers and Board members. Meanwhile, various team members continued researching, locating prints, writing … 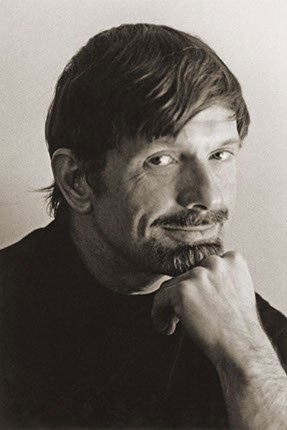 Our organization includes the Founders, who voted to incorporate the Archive as a nonprofit corporation, the Board and its Officers, and other Team Members.  The Board and Officers are responsible for administrating and guiding the Archive in the pursuit of its mission.  Team Members advise the Board, and contribute their varied and considerable expertise in research, editing, writing, photographic skills, and website design to further public outreach and education programs for the Archive. Without the Team Members' ongoing contributions of time, advice, and money, the John Brook Archive would not exist. We appreciate and are honored by their continued support and promotion of John Brook’s fantastic imagery.

Thom Adams began collecting photographs when he was smitten by an Annie Leibowitz photograph of an Olympic rower taken in Hanover, New Hampshire. His second purchase was a Todd Webb photograph of Georgia O’Keefe in Twilight canyon, which led to his opening a photography gallery in Portland, Maine, in 1999. After closing his gallery, he attended the New Hampshire Institute of Art majoring in photography. In 2010, he donated his extensive collection to the NHIA to establish a resource for students and researchers. In 2007, Adams was introduced to John Brook by his friend Bob Rogers and subsequently interviewed Brook about his journey as a fine art photographer.

Jim has been a fine arts photography teacher, lecturer, curator, and photographer for over 30 years. He is an avid collector with a focus on 20th century and contemporary American photographs. His own mixed media work has been included in numerous solo and group exhibitions. He has had an award-winning career in advertising, design and corporate identity with positions as Executive Creative Director at Avenue, Inc. in Chicago, Creative Director at HHCC in Boston and Europe, Creative Director for Monster.com, and partner at ClarkeGowardFitts. In addition, he held the position of Executive Director of the Photographic Resource Center at Boston University.

As an MIT undergraduate studying photography, David conducted dozens of interviews with Boston-area photographers, assembling an oral history of the Boston photography scene, which, in his view, began to take shape after John Brook opened his Newbury Street studio in 1946. His transcriptions of conversations with Brook, Steve Trefonides, and Bob Rogers supplied the Archive with important historical details. Following his graduation from MIT, Herwaldt went on to work as a short order cook, picture framer, freelance photographer, graphic designer, teacher, and a blues deejay. Surprisingly, he just earned his Commercial Drivers License and is now photographing life seen from an eighteen-wheeler.

Yoav Horesh is a photographer and an educator based in New England. He has exhibited his photographs internationally, including at the Israel Museum, the deCordova Museum and Sculpture Park, Gallery Kayafas, and Erarta Museum of Contemporary Art in Russia. In addition to two published monographs, his photographs have been featured by Amnesty International, The Atlantic, The Boston Globe, and The Wall Street Journal. Horesh’s work is in the permanent collections of institutions, including the Addison Gallery for American Art, the Museum of New Art, the Fitchburg Art Museum, the Ashdod  Museum of Art, and Fidelity Investments.  Since 2005, Yoav has been teaching photography and art in universities and colleges in the United States, Hong Kong, Europe, and in Israel. Currently he is an Associate Professor of Photography at the Institute of Art and Design at New England College in Manchester, New Hampshire.

Lou is a commercial and fine art photographer, and Board member of the American Society of Media Photographers. He credits Brook's book, A Long the Riverrun, as an early and formative inspiration. His work has been widely exhibited and published, including in his 1996 book, Final Exposure: Portraits from Death Row. He is now working on the Iron Clad Construction project, documenting the building of two huge buildings in Boston, and the panAfrica project, which aims to redefine the modern image of Africa.

Andrew has a degree in Fine Art, specializing in painting and drawing. He is an educator with extensive experience as a special education teacher and administrator in elementary and secondary schools, as well as in higher education, including managing a graduate program for teachers.  He has also served on other nonprofit boards. Currently, he is the Director of Education for a nonprofit, private, special purpose school in Maine, and owns a small pet-themed shop in Wells, Maine.

Jason Landry is a photography collector, author, former owner of Panopticon Gallery, and former Founding Director of the MFA in Photography program at the New Hampshire Institute of Art. Jason was also affiliated with the Photographic Resource Center at Boston University, where he worked in various capacities and also served on their Board of Directors.

As a personal friend of Johns for twenty-plus years during his prime and beyond, Pat Nelson has been able to provide a unique perspective and insight into his private world. Also a photographer, Pat has provided photographs she took of John in his mid-40s and has contributed her writing and editing skills to various aspects of the project. Pat continues her involvement as Secretary of the Archive.

Since joining the Danforth Art Museum in 2011, Jessica Roscio, Director and Curator, has created multiple exhibitions of contemporary photography, most recently, The Memory Palace: Domesticity, Objects, and the Interior and Beautiful Decay. Prior to joining the Danforth, she held positions at the National Museum of Women in the Arts, Washington, D.C., and the Museum of Fine Arts, Boston. She has taught at Emerson College and Suffolk University, and is a regular contributor to Aspect Initiative, an online gallery focusing on contemporary photography in New England. Roscio has an MA in Art History from the University at Buffalo and a PhD in American Studies from Boston University focusing on photographic history.

Gary Samson is an award-winning filmmaker and photographer. From 2017 to 2020, Samson was the Artist Laureate of New Hampshire. His work is in private and public collections including the Currier Gallery of Art, the University of New Hampshire and the National Archives, Washington, D.C. He is the author of three books on New Hampshire history and has photographically illustrated other books on Ghana, Cape Breton, Nova Scotia and New Orleans. He traces his appreciation for and love of photography to a summer job he had 48 years ago at the Manchester Historic Association. One of his responsibilities was to make contact prints from the glass-negative collection documenting the city of Manchester and the Amoskeag Manufacturing Company. This extensive archive impressed upon him the importance of photography in sharing history and culture.

Executive Director and Curator of the Griffin Museum of Photography, Winchester, MA.

Wife of Steven Trefonides, and a good friend of John Brook.

The John Brook Archive thanks Pat Nelson and David Herwaldt for all they have given to this project of bringing attention to Brook's photography. Pat contributed personal knowledge of John from their long friendship, photographs of John, and her research and editorial skills. David contributed transcripts of his 1973 interviews of John, while also designing the website and doing a good deal of writing for it.